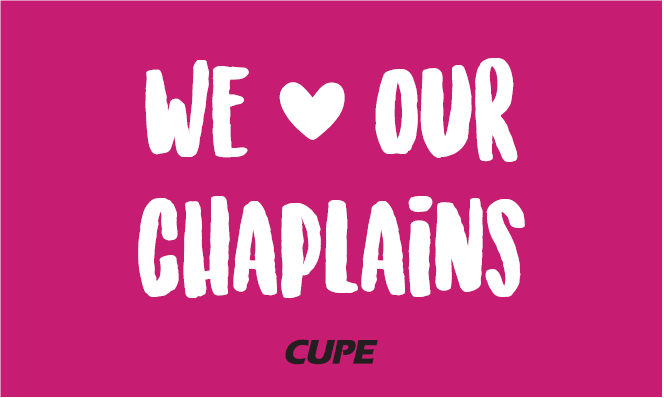 UHT Refusing to Bargain a 1st Contract for Chaplains - Wants to take Positions out of the Union.

After 9 days of bargaining NOTHING has been agreed to.

The employer refuses to bargain until there is an agreement to exclude some union positions from the bargaining unit.

Refusing to negotiate a contract until the bargaining unit descrip- tion issue is resolved violates the Labour Relations Act.

CUPE has filed for conciliation and has lodged an Unfair Labour Practice complaint to push the employer back to the table and to bargain in good faith.

SHOW YOUR SUPPORT – WEAR YOUR STICKER! 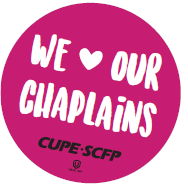 CUPE will take action if the hospital asks you to remove them.

Get your sticker from your local executives or from one of our
organizers who will be distributing them starting on August 15th.